Mel Chin Illustrates the Value of a Life

Art is typically described as an individual pursuit. It’s a creative vision, a personal expression with neither bounds nor required process. Science on the other hand is highly regulated, reviewed by peers and evaluated for strict adherence to precedent.  And yet, at this unusual intersection stands one of the most influential artists of our generation and over 450,000 fake $100 bills. Let’s take a brief jaunt into the world of MacArthur Genius Award winner Mel Chin.

Chin made his name in the art world with a series of increasingly ambitious sculptures, installations, and covert art projects. Have you ever noticed the fine art objects in the original Melrose Place? Yep, that was Chin. But as his work gained in scope and intensity, he began to create public meditations on the societal issues that troubled him. By 2006 on a trip to post-Katrina New Orleans, Chin had stepped into the world of lead, lead poisoning, and criminally unsafe school facilities. Enter the Fundred, that being yes, a fake, funded, hundred. 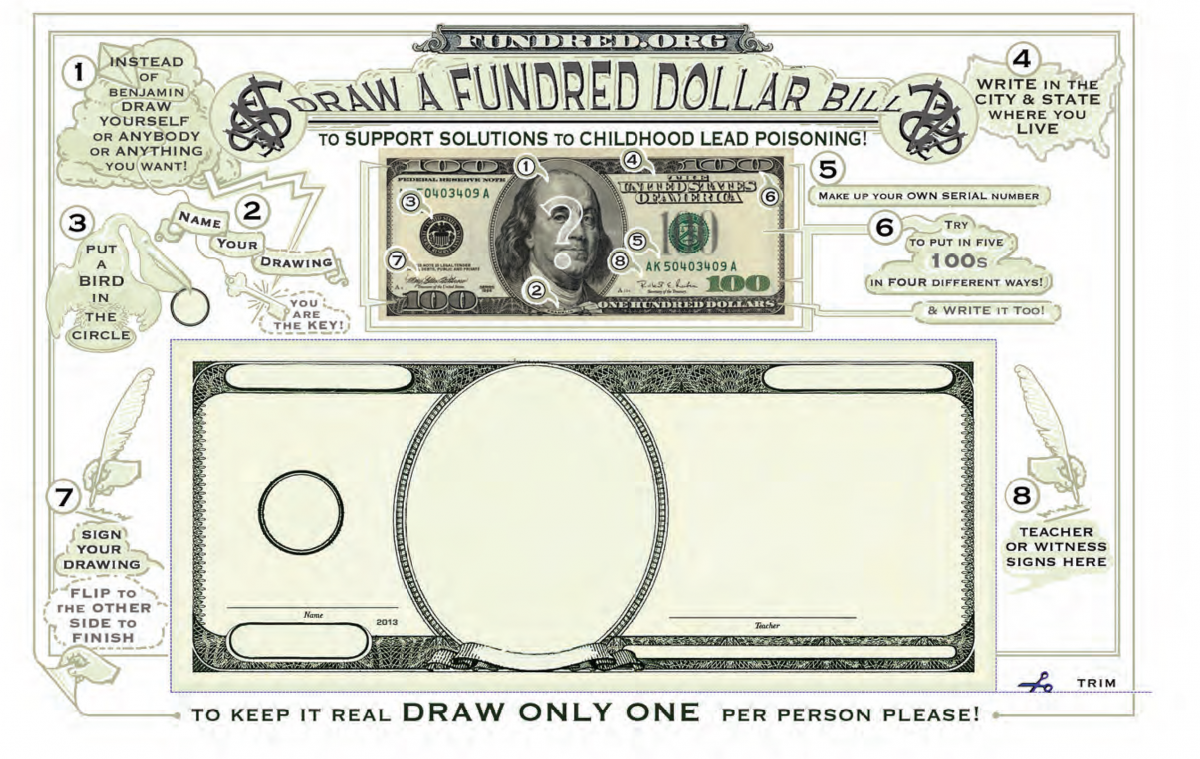 Children from around the country began illustrating their own value, and equally, their power. Per Chin’s own description, the “hand-drawn interpretations of $100 bills are original works of art that…represent the value of a person’s expression against the invisible threat of lead poisoning that undermines health, intelligence and behavior, particularly in children.” With one simple illustration, Chin brought to bear the very physical materialization of a child’s worth, paired with the cost of their health, safety, and future development. What would you do with a hundred dollar bill, every once school age child was asked?

As of May 2017, there are more than 450,000 unique, hand-made Fundred drawings. After touring the country in a special federal reserve truck, the Fundreds and their enormous vault found a home at the Corcoran School of the Arts and Design, directly across from the White House. What at first sight looks like a bank robbery is in fact an entire pallet of hope. For a threat as invisible and universally damaging, here in one open room is the reminder of just what we stand to lose. The message, and the science behind it, are inescapable.