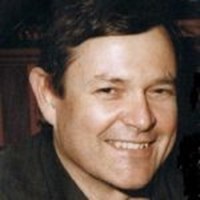 Don Morrison is a serial entrepreneur and visionary leader who has consistently leveraged technology to improve the customer experience and top and bottom-line results in the consumer product space. Don has been involved in the growth and development of several businesses, including taking American Eagle Outfitters from one to 165 stores as President and CEO, Sundance Catalog Company as Executive Director, and Bear Creek Corporation as Senior VP of Sales and Marketing.

Since 2012, Don has served as Chairman of Deal Flow for BlueTree Allied Angels, a Pittsburgh-based angel investment organization. He also serves as an Entrepreneur in Residence at the University of Pittsburgh’s Innovation Institute.

Don is actively involved in mentoring and coaching startup and early-stage companies in the region. In addition to serving as a board member for Green Building Alliance, Don was the previous Chairman of The Linden Pointe Development Corporation, which operates The eCenter @ Linden Pointe incubator and The Entrepreneurship Academy program for area high school students.

Don holds a Bachelor of Arts degree in History. He has always been interested in sustainability and enjoys being a part of GBA, because it is an organization that affects positive change.

Don is in the currently writing two books – one about the experience of growing American Eagle while creating the AEO brand and the other about his father’s WWI experiences as a hump pilot. Don has been married for over 50 years to his high school sweetheart.